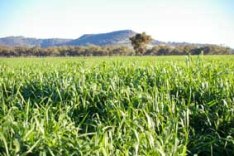 Meg and Colin Campbell of “Rockgedgiel”, Bundella were awarded first place in the NSW 2009 Dryland Wheat Competition with a wheat yield of 5.95 tonnes to the hectare and Julie & Michael Prowse of Gwendalan, “Blackville” first place in the durum wheat section.

The competition organisers acknowledged that most of the wheat champions had been from Liverpool Plains over the years, underlining the area’s tremendous, sustained fertility even without the support of irrigation. Commenting on the area, the government agronomist and competition Judge, Paul Parker, said “anybody who would want to dig this country up for mining needs to have their heads read”.

CCAG extends its congratulations to the winners and like many in the country and city, agrees wholeheartedly with Mr Parker’s sentiments!