With the end of NSW parliamentary sittings, the last before the March 2011 election, the implementation of political promises by the principal parliamentary protagonists seems further away than ever.

The State Labor Premier’s promise last May to set up a strategic review of the effect of mining on land and water, has faded, and the assurance by the prior Minister for Ag, Paul McLeay, at a Caroona visit, of a full cabinet sub committee to vet legislation, does not seem to have materialized.  Similarly, and again at a Caroona meeting with CCAG,  National shadow Minister Duncan Gay and Opposition Leader Barry O’Farrell signaled the development and release of a full Prime Ag policy before last Christmas, but even then this promise looked distant and has became lost in the noise of the approaching election.

A draft Bill would go a long … Read More » 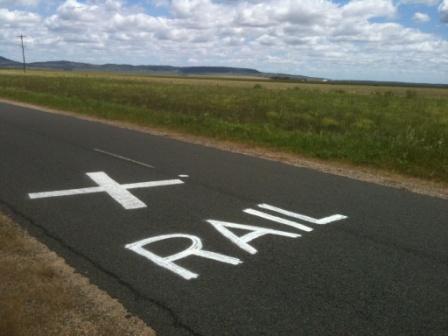 So what do they know?  Local farmers and indigenous groups are reporting an exodus of koalas from the Caroona State forest and ridge lines, heading into the plains. Coincidentally mining exploration, test drilling and blasting are also occurring in the forest.

There must be plenty of alternative homes, somewhere…

The gas wars are coming. Various groups including CCAG have coalesced to ignite a fire under Government. With fracking, the controversial coal seam gas extraction process which releases multiple nasty chemicals deep into coal seams to fracture and release the gas and water, now coming under increasing scrutiny, the public gaze is being directed downwards.

Whilst Sydney siders are waking to find their water supply dam being undermined and potentially polluted, the Liverpool Plains is being assaulted with contaminated acquirers, inappropriate pipelines and unwanted polluted surface water discharges. The MDB may get more river water flows, but it may also become just a gas mining industry drain.

Utter Madness video – showing the effects of gas and coal extraction on the Liverpool Plains.

This video works best with browsers FireFox, Chrome or Safari

Ticking the boxes – another view

The CCAG met with the BHPB to discuss the issues and concerns expressed by the community affecting its future fate. Thankfully the exchanges have become more cordial in the five years that have elapsed since that fateful day in April 2006.Still many issues remain on the “to do” list or the “taken on notice” but the first glimmer of engagement has been sighted.

Somehow we have morphed into the mine planning stage without the bat of and eye- thankfully, BHPB have agreed to wait for the outcomes of the Namoi Water Study; unlike the works of the other prospectors in the region.

The Hydrogeology 101 presentation had all been seen before and failed to address many of the concerns of the landholders- once again these concerns were taken on notice:- we eagerly … Read More »