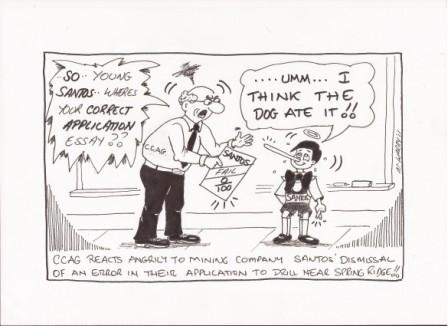 With a new Government in Macquarie Street, the new NSW Resources Minister Chris Hartcher was coy today, when the media reiterated CCAGs questions as to the extension of the expired BHP exploration lease covering Caroona Exploration Area. Trusting the mining companies to ‘do the right thing’, for example, not to mine under aquifers, or not to route gas pipe lines through black soil plains etc etc is not something that is apparent to Liverpool Plains landholders.