New research out of the United States confirms that coal cost one heavily coal mining reliant US State $115 million dollars more in services and programs each year than it contributes in terms of taxes and employment.The latest report of the House of Commons Committee of Public Accounts Coal Health Compensation Scheme in the UK shows that the cost of compensation to ex-miners for chronic obstructive pulmonary disease (COPD) and other debilitating diseases will be in excess of 4.1 BILLION pounds. Despite evidence to the contrary, the Department responsible underestimated the number of cases, and hence the cost to tax payers, by more than 300%.

The data is coming in thick and fast now as to how much this dirty industry COSTS every country it is in and how long the health and social costs continue after mining stops.  We can … Read More »

As expected, this international Coal Pollution Expert’s visit to Caroona did not disappoint.

Dr van Steenis calmly explained the threat to health caused by small particle dusts generated by coal mining, processing, transport and coal-fired power plants.  It’s a real, demonstrable threat to our community’s health backed by an increasing number of peer-reviewed studies and the health statistics coming out of The Hunter.

The danger particles are those smaller than 2.5 microns of which the mining process produces billions.  These tiny particles get into the lungs and with repeated exposure lead to chronic lung disease and lung cancer. We now know why chronic lung problems (eg. chronic pulmonary obstructive disease COPD) are endemic in the Hunter Valley.  The science shows that babies and children are affected the most and we know that the NSW government has only just started to collect … Read More » 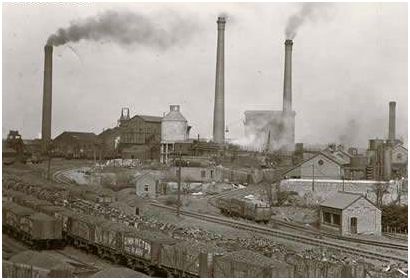 Hear him speak: Monday 7th December at 7.00pm Caroona Hall, all welcome.One of the world’s leading experts in the health impacts of industrial pollution, Dr Dick van Steenis, is visiting Caroona to highlight the harmful impacts that coal-related industries have been shown to have on human and animal health.Dr van Steenis, who studied pollution science at Harvard and authored the UK Coal Health Study, has been researching the causes of death and chronic disease from dusts generated by coal mines, power stations and incinerators for over 15 years.His ground-breaking research on coal mining in Wales in the early 1990s found that the rate of asthma puffer use in children was directly proportional to how close they lived to a coal mine. SOS Liverpool Plains invites you hear this medical doctor and scientist give the FULL story of how coal mining … Read More »