The Foreign Investment Review Board are currently assessing applications by Chinese state-owned miner Shenhua to be allowed to purchase 195 sq km of the Breeza Plain for their open cut coal mine. Is this really in Australia’s best interests?

By comparison, China has very restrictive rules regarding foreign investment in its own mining sector. Even BHP and Rio have failed make inroads into the country despite sustained exploration. Mining licences are not guaranteed after exploration. Clearly the Chinese wish to retain better strategic control of their mineral deposits.

If you wish to raise your concerns about this destructive intention for prime agricultural land, contact Patrick Colmer of FIRB: [email protected] 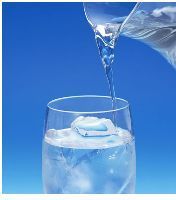 As eloquently pointed out by David Walker, Chairman of Liverpool Plains Land Management Committee today, Minister Macdonald has been able to find $20 million to prop up the “viability of some regional coal mines”, but is unable, or unwilling, to as promptly kick the tin for the region’s Independent Catchment-Wide Water Study.

The Minister’s behaviour is, once again, disappointing and gives weight to increasingly loud suggestions of bias. This important Study which, by comparison to whining mining handouts, has been through exhaustive consultation, seeks to protect the viability of clean water supplies and food production on the Liverpool Plains.

Further this Study is national in its impact. We produce food for the people of Australia, a product suite that supports hundreds of thousands of jobs in retail and the health of our Nation as consumers. Our well-managed catchment also contributes to … Read More »

We are becoming thoroughly disillusioned with this committee chaired by Garry West.  In its charter, this CCC states BHP must “provide the committee with factual and accurate information about the project and its likely environmental impact, including progress of work, monitoring results and any non compliance”.

After repeated requests, here are just some of questions we want written answers to, written so that there can be no confusion or doubt as to what has been said.

1. Getting coal trains to cover their toxic load.  Write to your politician, tell them that it’s the least these companies can do. It is possible so why isn’t it being done? Surely, if mining companies are serious about their environmental impact it’s the least they can do. After all, we have to cover our loads to protect the environment, even grain trucks and that load ISN’T toxic. Sample letter here.

2.  Consider joining us – raising awareness and demanding answers and action from those we’ve voted into office to serve US, the people.

3. Lobby your local member about your concerns.We want the true costs – based on current experiences elsewhere in NSW – to be fully exposed and understood and factored into the equation before anyone contemplates building another coalmine, let alone in our world-class farming area.

Leases on our Land

The extent of mining exploration leases on the Northwest Slopes and Plains is unprecedented in the history of NSW. It would seem the government, addicted to royalties, can not hand them out fast enough.

Many people think that their home, their farm, their small holding, their little piece of heaven will not be affected.

We are sorry to inform you that you’re dreamin’.

Maybe a little money for the few that get bought out, as the mining companies seek to divide and conquer a community, but much misery and cost for those who remain – the majority – judging by all the experiences we have documented from other mine-affected communities to date.

But don’t take our word for it. Have a look at the maps of the coal and petroleum (gas)  leases and see … Read More »

Food is the new reserve currency The UK Financial Times reports that with credit lines blocked across the world, countries are resorting to barter and secretive government-to-government deals to buy food for their people and prevent further civil unrest.

Rocketing food prices and stockpiles at record lows have already caused civil unrest on three continents during 2008. Such crises are expected to spread as the global recession deepens and countries reduce exports as a means of keeping domestic food prices in check. [Australia is already suffering its own shortage of brown rice with restrictions on purchase at Coles supermarkets.]

With food the new de facto reserve currency, more than ever we question the NSW government’s madness in placing our rare prime agricultural land and the sustainable providers of Australia’s food security at risk. Quite simply, boom and bust mines have no place in the food bowls of … Read More »

The latest figures from the Australian Electoral Commission’s review of political donations shows that mining companies, coal infrastructure groups and associated developers continue to grease the palms of the NSW Labor Party.  Perhaps this is out of the goodness of their hearts and mere co-incidence that donations have a habit of being made in the same year as planning applications for coal mines etc are approved.

At the local level, BHP, who say they do not donate to political parties, withdrew their ‘fearless’ sponsorship of Quirindi Rugby Club. In addition, figures on their mandatory ‘community’ spending reveal that Gunnedah continues to be heavily favoured over Quirindi….. At CCAG, we urge the local community to continue to support our sports teams and community events as they always have.  After all, real, sustainable community spirit can not be bought.M

Gloucester fights for ITS floodplains too – yet another mad mine proposal

Nearly 1000 people attended a rally in Gloucester this week against the renewal of Gloucester Resources’ coal exploration licenses to prevent the devastation of prime alluvial flats at the foothills of the majestic Bucketts range, next to the town.

Picturesque Gloucester, whose economy relies on tourism and the production of dairy, beef and fish from its growing aquaculture industry, is a perfect example of a thriving country town with a sustainable mix of businesses, already contributing to the NSW economy.  Unfortunately, Minister Macdonald, in the final dash-for-cash from this Jurassic industry, sees only Gloucester’s minor coal reserves as “something to harvest” in line with the government’s 1994 report that “agriculture is the biggest threat to coal mining”.

Minister Macdonald, when approached by concerned Gloucester Mayor Julie Lyford, further suggested that “community opposition [to the mine] be hosed down”.  What is clear is … Read More » AMD is the coal industry’s dirty big secret, the toxic waste that no one wants to admit can not be successfully managed.  A toxic stream that gets bigger and dirtier year-on-year until all the heavy metal and excess metal toxicity has been flushed to the surface.  Roman era mines, 2000 years old, are still spewing it.

AMD breaks down clay ‘containment’ ponds so it leaks into the soil creating toxic wastelands. But these ponds hold just long enough after ‘rehab’ for the EPA to tick them as secure.  Who comes back 2 or 5 years later to see the damage progressing and accelerating? Just add another toxic leaching mine to add to NSW’s 570 unremediated mines list.

Coal mining and prime food producing land can not co-exist.  Unless of course you want lead, mercury and aluminium with your Weetbix and in … Read More »

The executive council of NSW Farmers, drawn from across the State, saw the productivity and fertility of the Liverpool Plains for themselves on Monday via a bus tour conducted by CCAG.

“We felt it was important for The Executive to see that if prime agricultural land such as the Liverpool Plains is under threat, no farming land in Australia is safe from ‘developments’ such as mining”, said Tim Duddy as he thanked the 60 members present for their support.

NSW Farmers President Jock Laurie addressed the group, applauding the People Power that had resulted in the Water Study Process and CCAG’s continuing committment to protecting food producing land.  He urged all farmers to be aware and involved in the issue, and to actively inform others within their own networks, so that food and water security could become a higher priority in any … Read More »